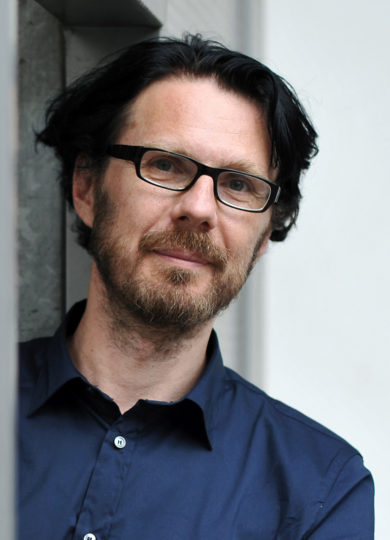 Daniel Šuljić (1971) is an animation film director and a musician. Born in Zagreb, from 1992 to 2010 he lived in Vienna, and from 2010 on he has been living and working in both cities. Daniel studied at the Academy of Fine Arts in Zagreb, and from 1992 to 1998 painting and animation at the University of Applied Arts in Vienna, Masterclass C. L. Attersee, from where he graduated. Between 2005 – 2008 Daniel was a lecturer of classical animation at the Institute for Media Design at the University of Art and Design in Linz. In 2006 he was given the title of honorary professor at Jilin College of the Arts Animation School in Changchun, China. From 2010 to 2012 Daniel served as an artistic consultant for animated film at the Croatian Audiovisual Centre, and from 2013 to 2017 he was a member of the artistic council for film in the City of Zagreb.

Daniels’ films Evening Star (1993), Leckdonalds (1995), The Cake (1997), Sun, Salt and Sea (1997), Ich kann es mir sehr gut vorstellen (I Can Imagine It Very Well, 2004), Kurzes Leben (Short Life, 2007, co-dir. Johanna Freise), Transparency (2015) and From Under Which Rock Did They Crawl Out (2018) were shown at several hundred international and national film festivals, as well as on different TV channels across Europe and earned numerous international awards. Daniel is a member of festival juries and had several retrospectives (Anifilm Trebon, Monstra Lisabon, ITFS Stuttgart).

Since 2018 Daniel is an assistant professor at the Department of Animation and New Media, Academy of Fine Arts, Zagreb and the Croatian ambassador of the European Animation Awards. Since 2011 he has been the artistic director of the World Festival of Animated Film Animafest Zagreb.

The screening at TAFF showcases the diverse array of films and a music video from Daniel’s career between the years 1993 and 2018.

There is a possibility to discuss the films and ask questions from the director afterwards, as Daniel will be present at the screening.